The Evolution Of The Electric Guitar 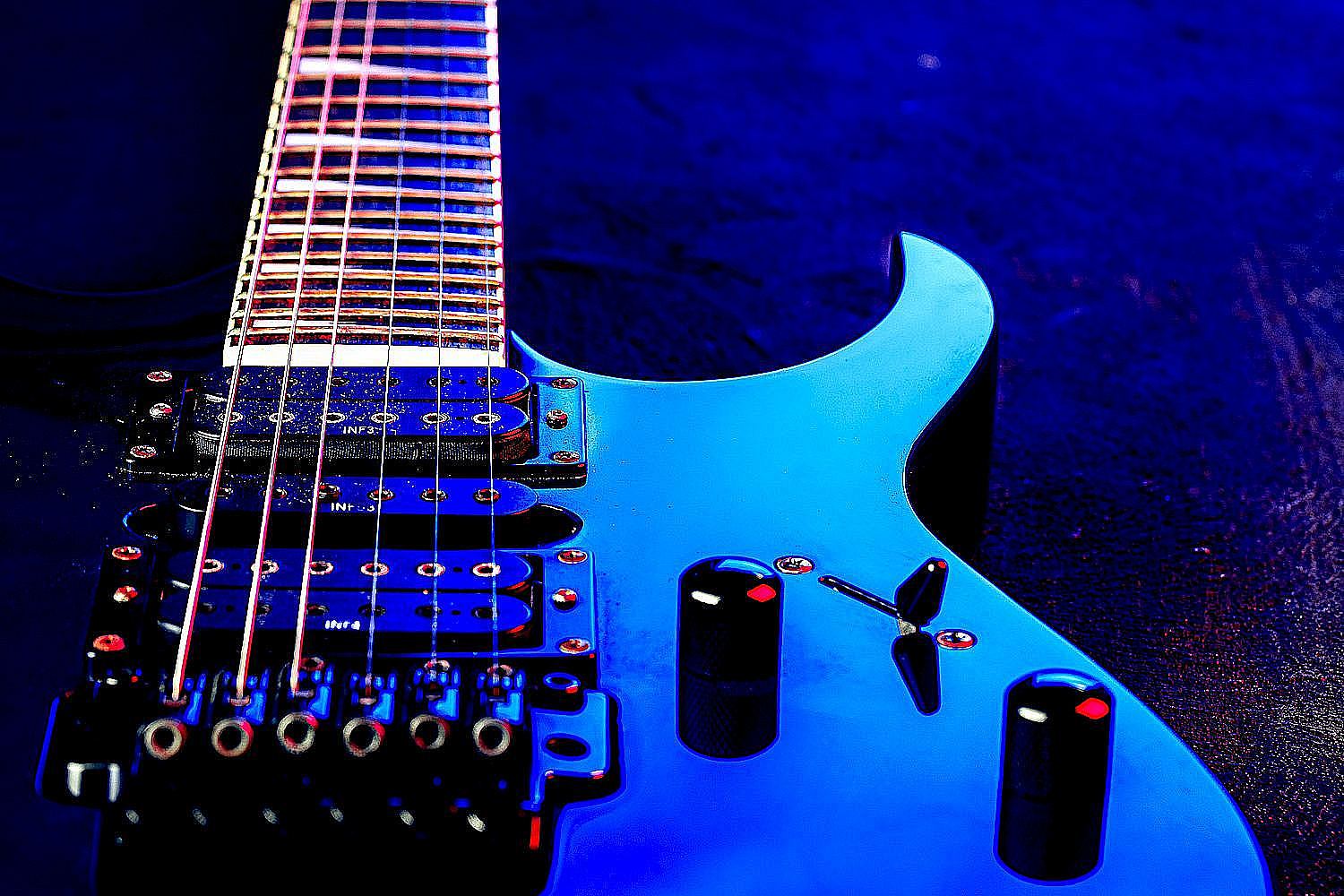 References to the guitar more or less in its modern form date back to the 14th century. In its infancy it had four courses of double strings and a rounded body like a gourd or a pumpkin. Its mother would not recognize it today!

Around the sixteenth century the guitar was a popular musical instrument amongst the middle and lower classes of Europe, and as it increased in popularity it began to undergo a change of shape. Luthiers began making instruments with single strings instead of courses and experimented with its form until, by the 19th century, the body of the guitar was made wider, and flattened out. In the twentieth century the wooden tuning pegs which adjusted the tension of the strings were replaced by metal machine heads. Now we have the shape that the modern electric guitar is based on.

The first electric guitars were made in the 1930’s in response to a demand from guitarists in bands whose rhythmic stylings could not be heard above the other instruments. The main problem with these electric guitars was that feedback was coming through the amplifier from the vibration of the guitar’s body. This challenge began the evolutionary process of the solid body electric guitar.

The early electric guitars had sound holes in the body that were smaller than the sound holes of conventional guitars. In 1924 Lloyd Loar, an engineer with the Gibson factory, used a magnet to change guitar string vibrations into electrical signals, which could be amplified through a speaker. Now it was possible to build guitars that did not possess sound holes but could be heard clearly through an amplifier. Amateur guitar players were able to get their hands on electric guitars through the efforts of Paul Barth, George Beauchamp and Adolph Rickenbacker who founded the Electro String Company in 1931. Their guitars resembled steel guitars, and we’re played in the guitarist’s lap using a slide.

Modern electric guitars are made of many thin layers of wood glued together. The top layer is often a more attractive wood to give the guitar a pleasing appearance, and the other layers are of a wood which gives a good tone such as poplar or ash. The use of laminates endows the instrument with the robust body and tonal quality that would be impossible in one piece of wood. The original solid body guitar was however, made from one piece of wood. In 1941 Les Paul turned a railway sleeper into an amplified stringed instrument. He called it “The Log”. When production of his instrument began he stayed with the conventional guitar shape to give his market a familiar image to relate to. Les Paul’s invention marketed as the Gibson Les Paul is still extremely popular.

In the 1940’s, the Fender Broadcaster Electric guitar came into the world. Nobody really noticed until Arthur Smith used a Broadcaster to record “Guitar Boogie” in 1949. After being renamed the Telecaster, it was put on the market in 1950. Another Fender model, the Stratocaster, caught guitarists’ attention with its distinctive tone and light weight. It’s still the second most popular guitar in the world.

In the 1960’s, effects boxes introduced fuzz, delay, echo and the wah-wah sound to the arsenal of sounds available to the modern guitarist. A pedal operated by the guitar player’s foot turns the effects on or off. Now guitars contain software that lets guitars sound like other types of guitars or reproduce the sound of other musical instruments. With developments like the latest self-tuning guitars, maybe the old joke about a guitarist “phoning in” a solo will become a reality!

Are You Derailing Your.